The village was originally known as "King's Settlement." Settlers began arriving around 1797 to this site, named after "Phillip King," a Revolutionary War Veteran, who is now buried off the small cemetery on Maiden Lane, was the first name acquired to this area. Later, the name changed to "Bucksville" after Aholiab Buck, whom owned land on the Pine Street area, he built the earliest known Mill's in the area.

In 1825, "Bucksville" was changed to what we know it as today, "Port Byron." There are two stories that have been told referencing the name change to "Port Byron." The first, Lord Byron, a Poet from England, supposedly rode through the area on the Canal. The other story told the name change was honoring a man named Byron, whom owned a dock on the Canal. However, neither story has been proven.

The Village was once home to a hotel, the Howard House, a theatre, a train station and a mill. Business was booming when Port Byron was in it's prime during the Erie Canal days. Canal Boats pulled by mules hauled wood, metals and goods.

With Port Byron's rich history, it was no wonder that the Village was a major stop. However, in 1917, the Erie Canal was re-routed to the Seneca River and no longer went through the Village. This was almost a huge setback for the Village, only, there was still a major road through the Village that brought travels east and west, now known as State Route 31. 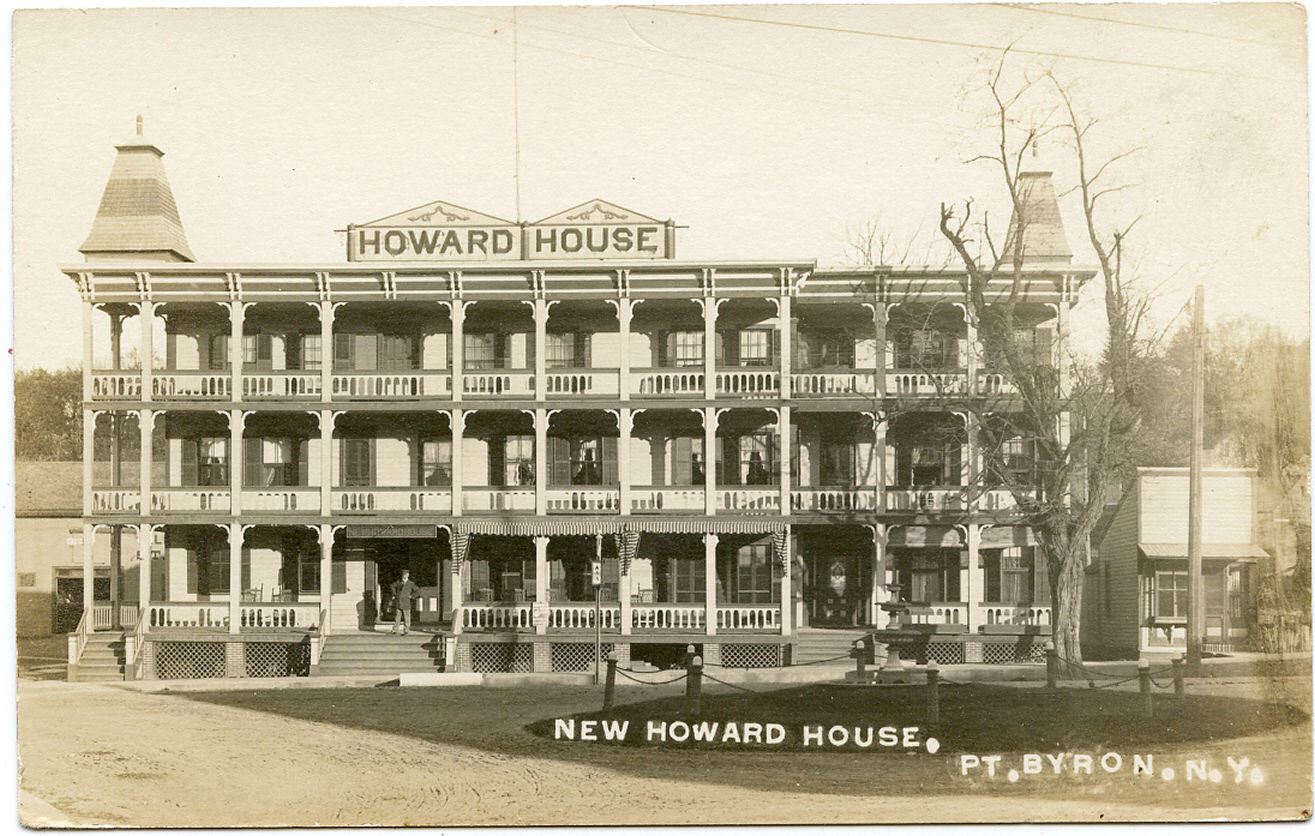 Currently, the Village of Port Byron holds activities such as concerts in Schasel Park, walks down the old Erie Canal to Pancake Breakfasts hosted by the Fire Department.