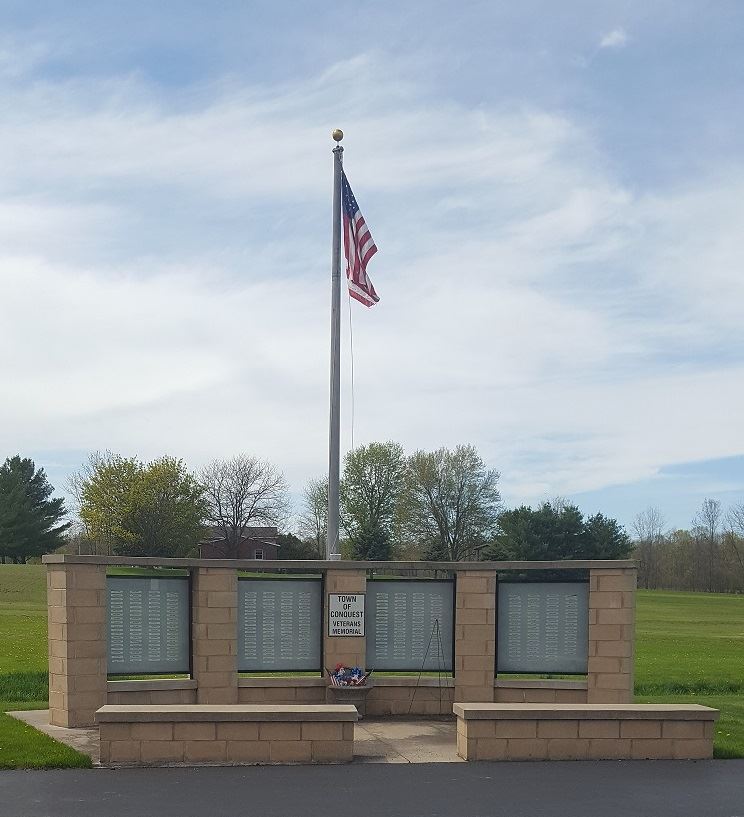 Conquest was formed from Cato on March 16, 1821. Our name commemorates the victory achieved by those who favored a division of the Town of Cato over those who opposed it. The Town of Conquest includes the hamlets of Conquest Center, SpringLake (formerly Pineville) and Emerson (formerly The Pepper Mill).

The earliest settlers were George Snyder, Revolutionary soldier, and Israel Wolverton in 1800, followed by James Perkins with his four sons; Ira (first Town Clerk), John (Captain in the War of 1812), Gilbert and Jeremiah (surveyor). John taught the first school in 1807.

The first white child born in the Town of Conquest was Amos Wolverton in 1803. The first wedding was that of Gilbert Perkins and Betsy Snyder. The first death was that of a stranger who was traveling through the town.