The Cayuga County Sheriff’s Office is a full service Law Enforcement Agency that has a wide variety of Recreational Safety vehicles. 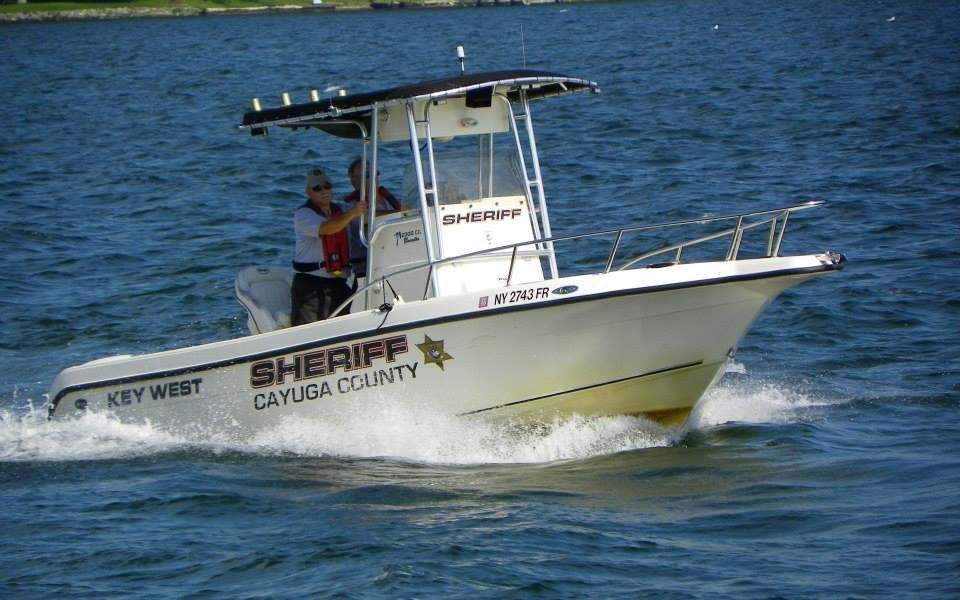 The Sheriff’s Marine Patrol operates 5 boats on the many lakes and waterways of Cayuga County. We patrol:

We also occasionally patrol several smaller lakes within the County.

Our Marine Patrol is staffed by part-time seasonal police officers and civilians who pair up on each patrol to not only perform law enforcement functions but to offer safety checks and assistance to the many who use our beautiful waterways for recreation or sport.

The Sheriff’s Office maintains and has trained operators for our 3 snowmobiles along with a fully outfitted enclosed trailer for various details throughout Cayuga County often working in conjunction with local Snowmobile Clubs and the New York State (NYS) Forest Rangers. We are also capable of assisting in various search and rescue operations.

The Sheriff’s Office maintains and has trained operators for our 3 four-wheelers which can be deployed for patrol on the County’s network of trails and public lands. They are often utilized to patrol the County’s shoreline in Sterling as well. They are most frequently utilized to assist in various search and rescue operations or to track fugitives.