Citizen Column & Video Presentation: Why you should talk to your child about substance use

Because it can save their life! Monika Salvage writes about the November 2022 community discussion on youth substance use and mental health and the role parents can play. [Read the column published on 11/8/22] The presentation was live streamed by the Auburn School district and is linked below.

AHS Parents Night Out from AECSD Live on Vimeo. 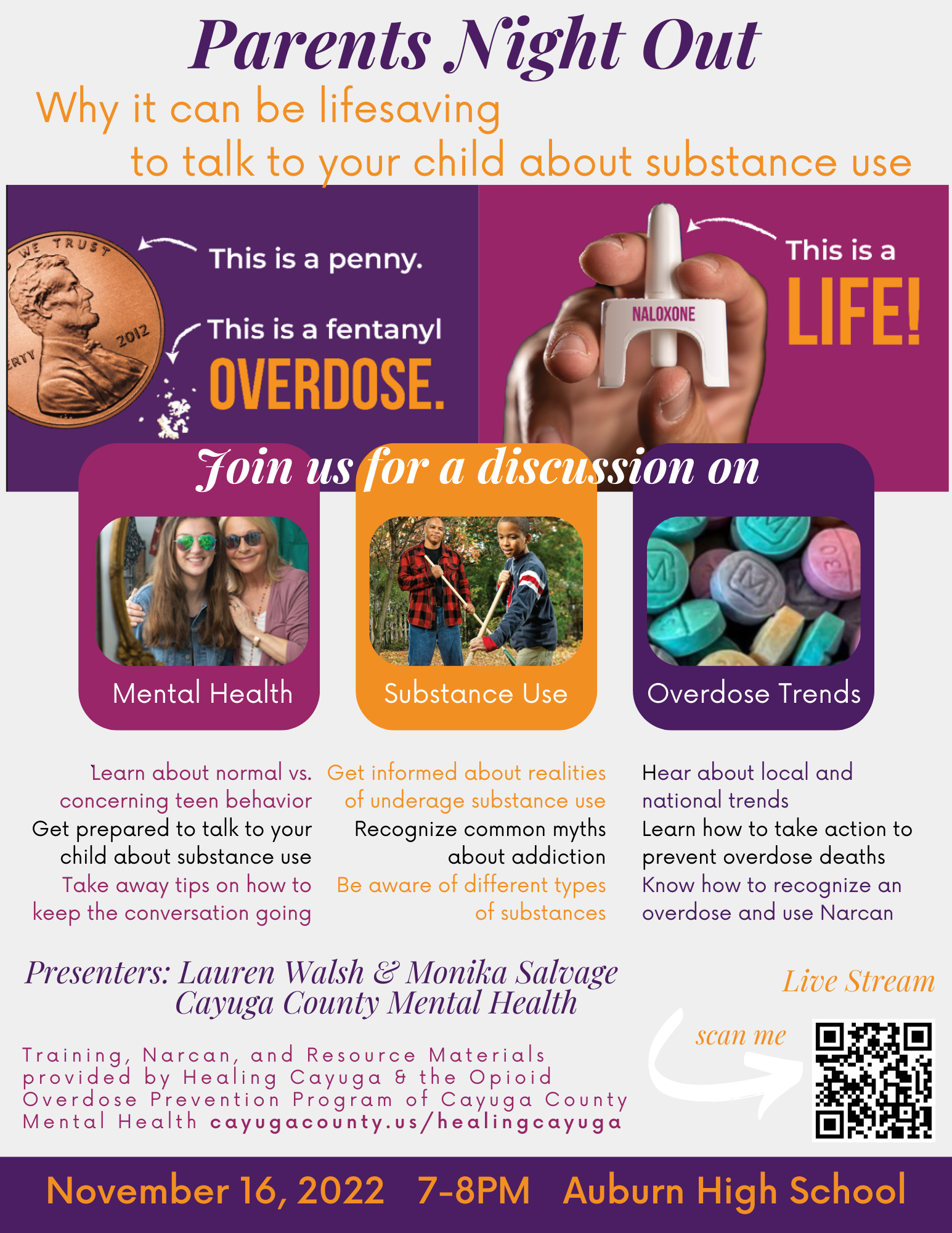 Monika Salvage, Project Director, calls opioid abuse in Auburn and Cayuga County a public health crisis. Salvage recently made a presentation on the project’s progress to the Auburn City Council,  including the results of an in-depth study of addiction in the county. She says the study is the first step in tackling the problem.
[Listen to the podcast on FingerLakes1.com on 5/22/22]

The work of the local HEALing team has had a considerable impact on lives saved and people being linked to recovery services.

Review the Presentation: 2 Years of HEALing Cayuga and learn about overdose trends in Cayuga County and our initiatives and data around Narcan distribution and improving access to opioid treatment. 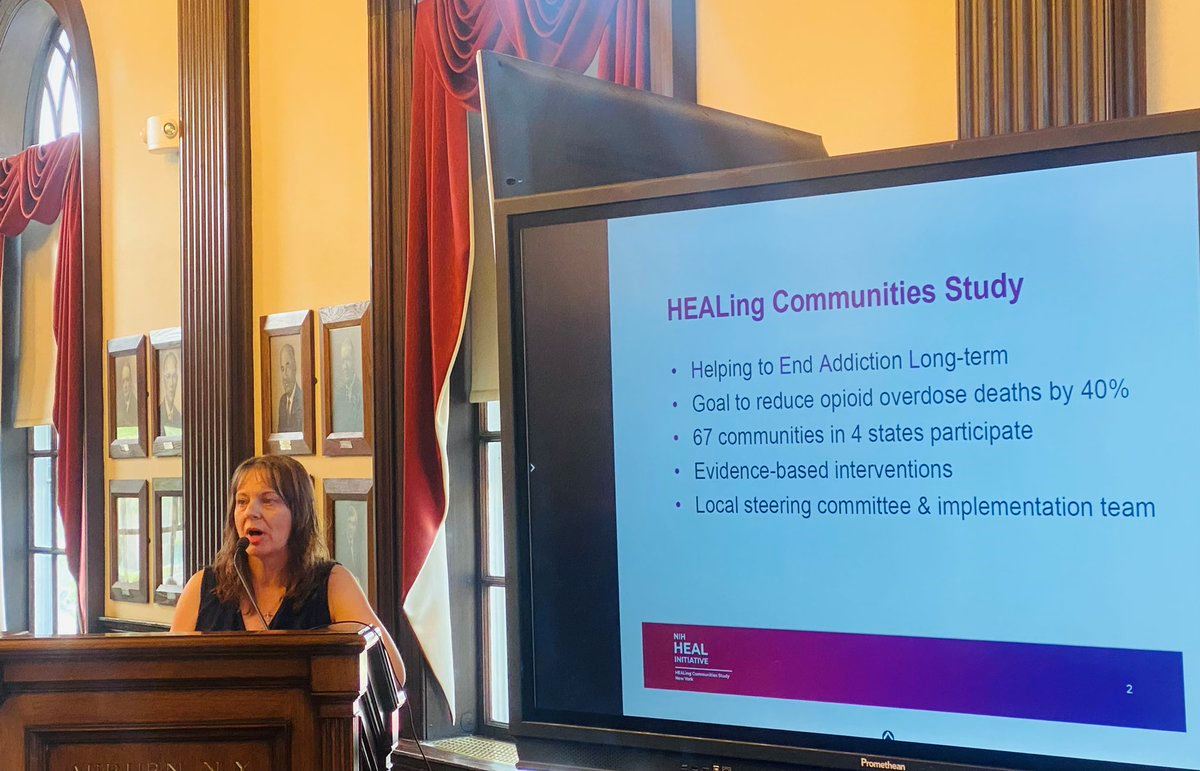 For the past two years, Cayuga County has been taking part in a national study, tracking opioid overdoses in real time. Recently, they’ve noticed an alarming trend in young teens and children. Within the last year, Cayuga County has seen a major increase in overdoses in teens and young children. From 2019 to now, those numbers have tripled. Monika Salvage, the director of the program, said kids are grabbing anything they can find at home and intentionally harming themselves. It may not be illicit drugs, but it ranges from over-the-counter drugs like Advil to prescription pills. Salvage said they’re seeing this in kids as young as 11. On top of that, the number of completed suicides throughout the county has doubled since the start of the pandemic.

Sharing the progress of the HEALing work with community members, stakeholders, and elected officials is an important aspect of our outreach. The HEALing team is keeping the public informed by sharing real-time, local data and impact stories via social media, newspaper op-eds, and presentations to public bodies, such as

Connect with us on Social Media